Costa Rica in two weeks: this is where we have been 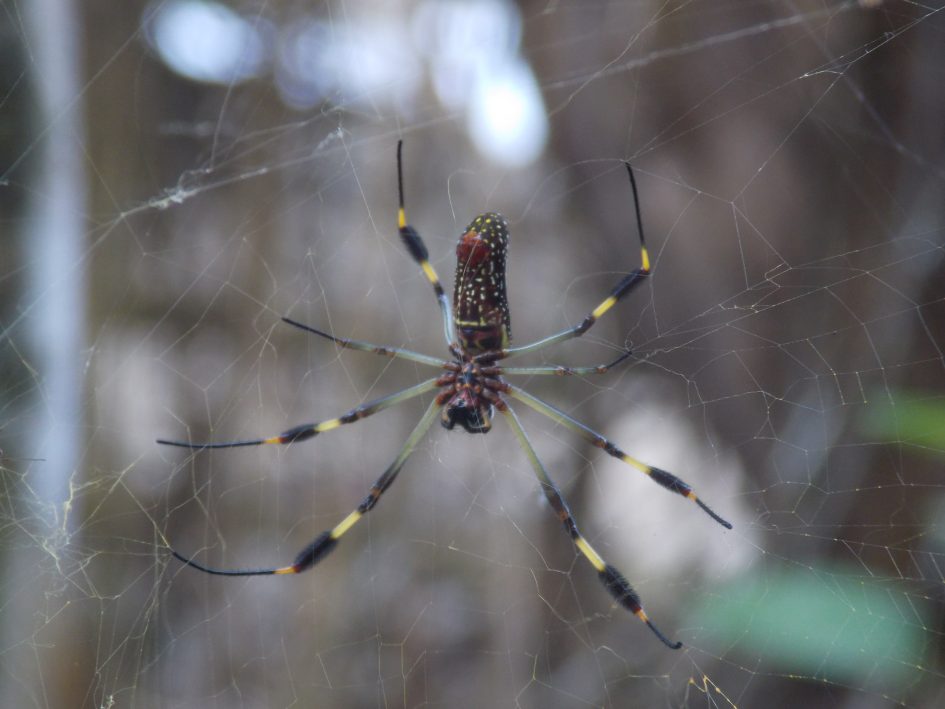 We spent 16 days in Costa Rica and we saw many stunning spots. We were supposed to only go to the Caribbean side, as it is the rainy season, but we decided to hit the Pacific as well and it was a great idea!

The rain was not affecting us too much, as it was usually raining in late afternoon when we were already safe at home (where “home” means a room in a hostel or a bungalow in the jungle). 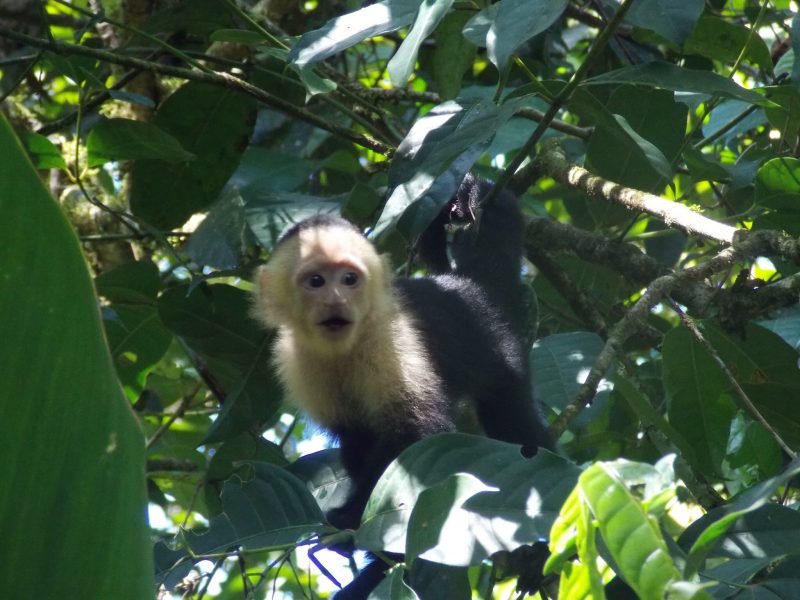 We saw many animals and I will never have enough of talking about them. 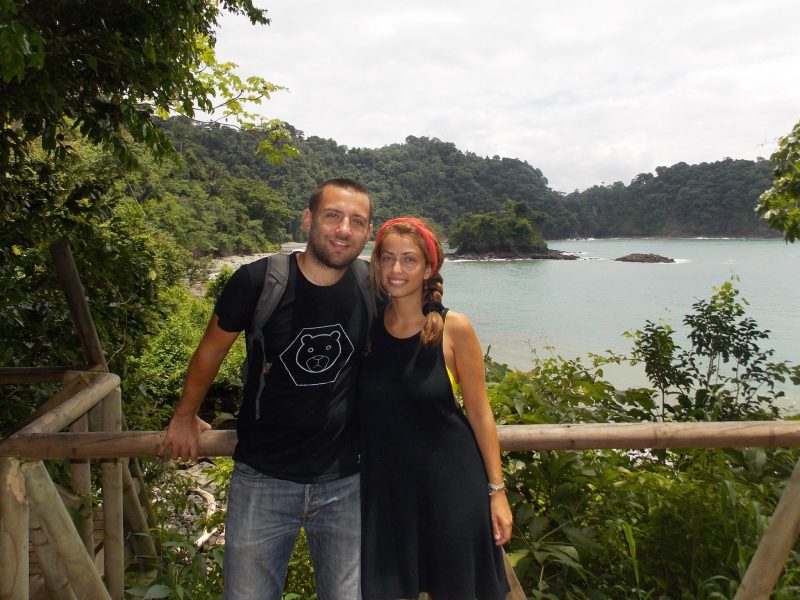 We also saw amazing beaches and Irma did not come over. The constant humidity had my hair look like a lion though, but it got me used for the rest of our trip.

I decided to do something useful and make a quick summary of handy info if you ever plan to go to this beautiful and green and corianderish country.

First, this is the itinerary we made:

There are a couple of interesting spots we didn’t go either because it was too far (Nicoya and Montezuma) or because we did not want to pay for a whale watching we would not be able to enjoy due to sea sickness (Uvita-Marino Ballena) (the sickness is a real life story from my Iceland trip).

Oh, and in San Josè we did not do much. We were double overbooked and spent our evening there only trying to get to sleep somewhere so I can’t help you much with San Josè. 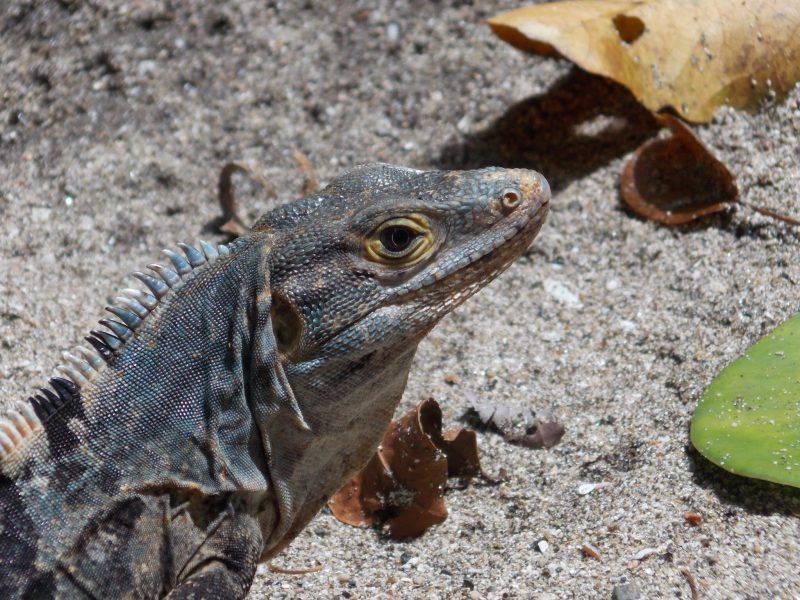 We properly started our trip in La Fortuna, Alajuela, up north of Costa Rica.

We were nicely welcomed by a 16 hours blackout caused by the heavy rain and we
stayed in a cute guesthouse where we paid 14 euro a night for a double room breakfast included (and coriander included regretfully).

We also did the volcano hike which I enjoyed very much (my feet slightly less), we saw our first yellow viper and we ended the day in these public hot springs completely in the darkness. The not public ones, which we visited the day after, were absolutely great and only costed 4000 colones (5.8 euro) 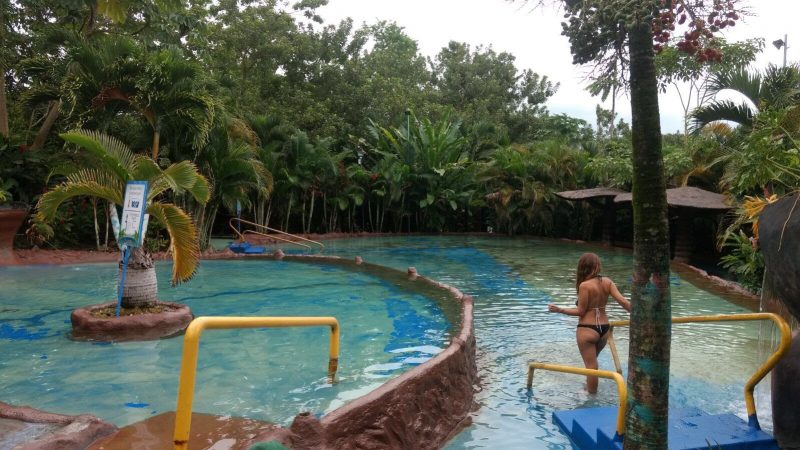 On another day we went to these overpriced La Fortuna waterfalls and after a careful deliberation about the price of the waterfalls and the small differences between the ones we have seen, we decided we won’t see any more waterfall until we get to Iguazu.

About the prices in Costa Rica I was planning to make a table but I will summarize saying that activities and entrances are WAY TOO expensive while sleeping and eating is alright. Having dinner out is cheaper than buying at the supermarket which is kind of weird but good if you are lazy to cook. 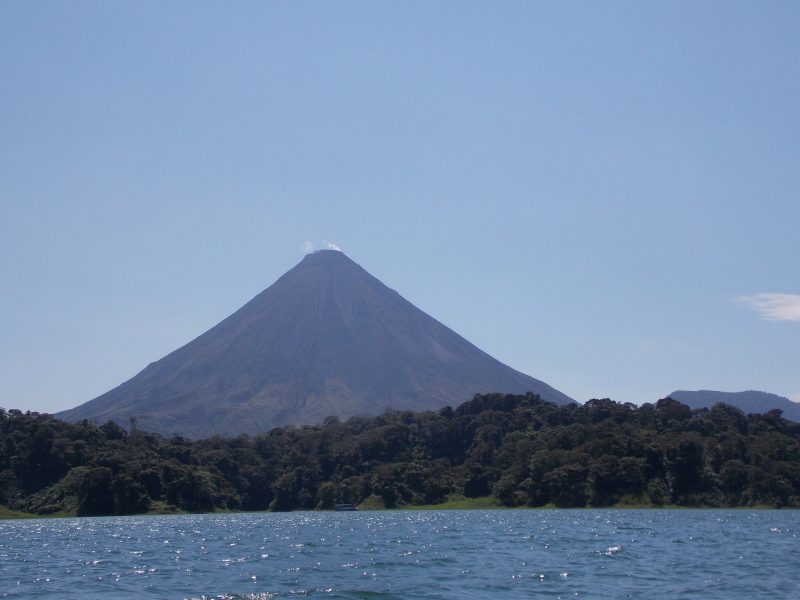 After La Fortuna we decided to go to Monteverde area, where we had a marvellous view and very hippy flatmates. There was a gigantic tree that you could climb around there and Panos made it until the top!

I was under the tree taking pictures, I guess that is my destiny.

Around there there are loads of activities to do if you are able to sell your kidney, we opted for the hanging bridges and proceeded our trip with only one kidney each, which was fine because we were planning on not drinking too much alcohol.

We then moved on to Puntarenas, missed out the river full of crocodiles because we were sleeping in the bus, caught another bus to Quepos, then another one to Manuel Antonio.

Manuel Antonio’s airbnb we chose was a hut full of cocks and other beasties who gladly shared their space with us. The well-known Manuel Antonio park itself, pretty close to our place, and the gorgeous beach around it, made me love Costa Rica forever.

Especially when we fell asleep on the beach and found these 2 raccoons had actually unzipped our backpacks and where trying to steal our sandwiches on our backs.

One day I will have raccoons at my place (hope they will be friends with the donkeys I will also have).

On the 3rd day we jumped on a 5am bus to San Josè, where we took another bus to Cariari, where after 4 hours in a dodgy bus station and a brief stop to Pollolandia we took a bus to La Pavona, from where we took a boat that would bring us to Tortuguero. I arrived there so exhausted I thought I would never leave Tortuguero again (this ended up happening 2 days later) 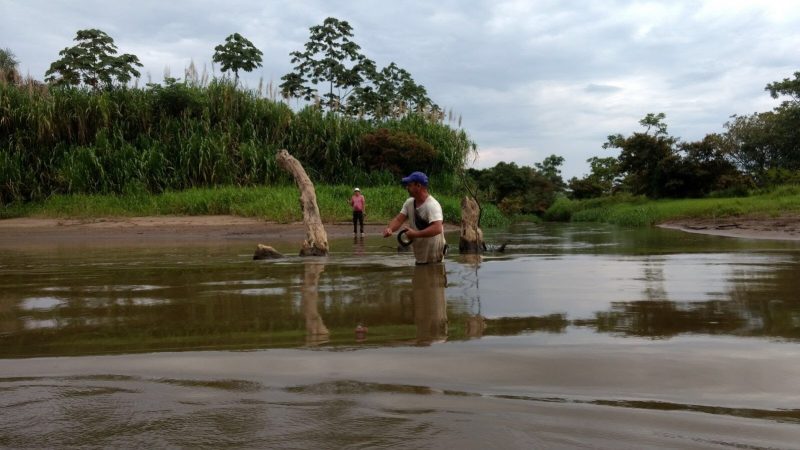 Tortuguero is a 800 metres long village in the middle of nothing, only reachable via river and famous for its massive green turtles.

We went during the night with a guide and no lights except the moon to watch this huge turtles coming from the sea, make a hole in the sand and then laying 100-150 eggs, covering them with the sand and going back to the sea again. I wanted to touch their fat and slow and lovely paws but I have been forbidden as we could only watch them with no interaction. I dream of a world where I could touch every animal’s paws. 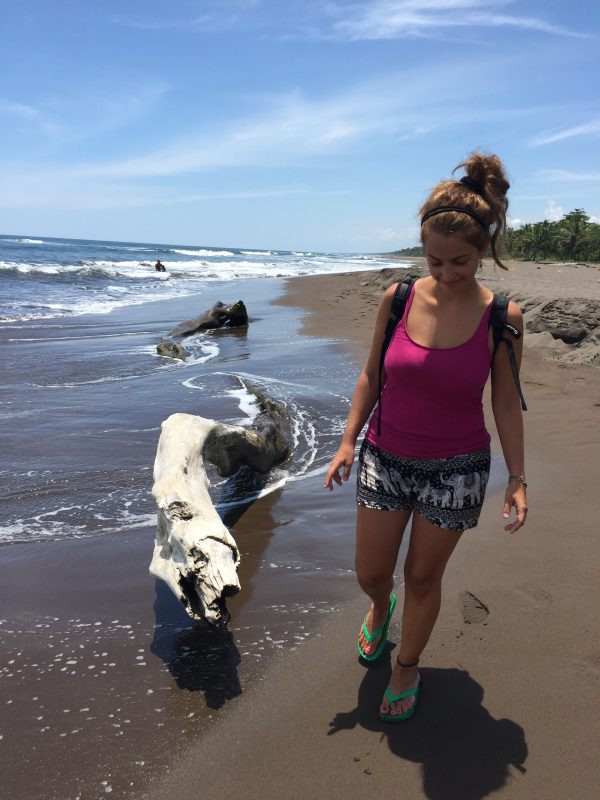 We also went for a walk next to Tortuguero national park, as if you walk on the beachside you get to see the same animals without paying again the park fees (you’ll never catch me!)

After Tortuguero we took a boat that would take us to Moin in only 3 hours. Too bad the boat quickly run out of fuel so we had to make a stop somewhere and made this nice encounter:

When we managed to get to Moin we took a taxi to Cahuita where we stayed in a nice bungalow and absolutely loved the village.

There is a big Jamaican community there, it was everything so chilled and relaxing and nice and I decided I wanted to make rasta.

We went to Cahuita national park that was easily the best park I have seen in Costa Rica and I managed to see a sloth with a baby sloth and stayed 2 hours watching it. They are definitely the funniest animals on earth. 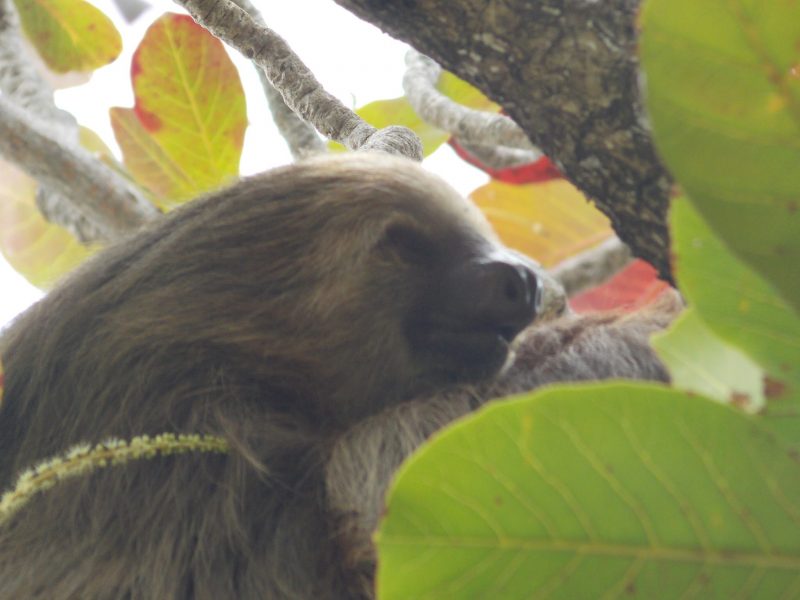 So, after 3 days in Cahuita we went to spend our last day in Puerto Viejo de Talamanca, from which the day after we crossed the border to Panama. Puerto Viejo had some live music, shops, people. It was good as well but way more touristic so we were happy we stayed in Cahuita for longer. Actually after a few days in the jungle I was scared of cars and felt a bit like Mowgli. This always happens. 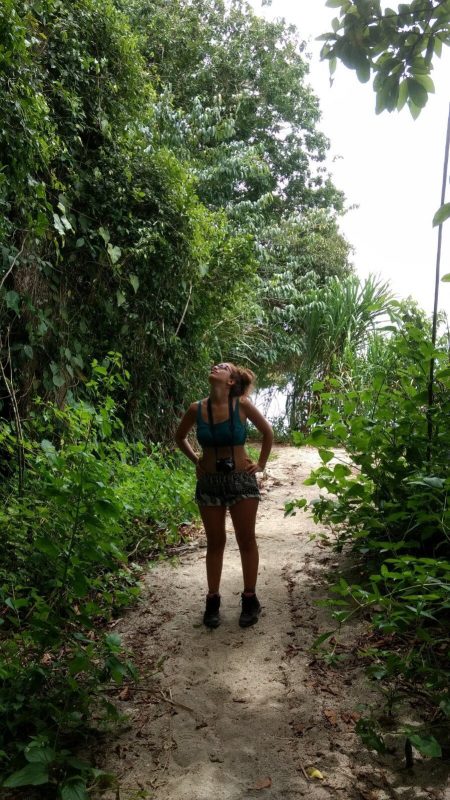 So everything was even better than what we had expected and I got to understand why I never met Costa Ricans before.

Why would anyone emigrate from such a nice country? 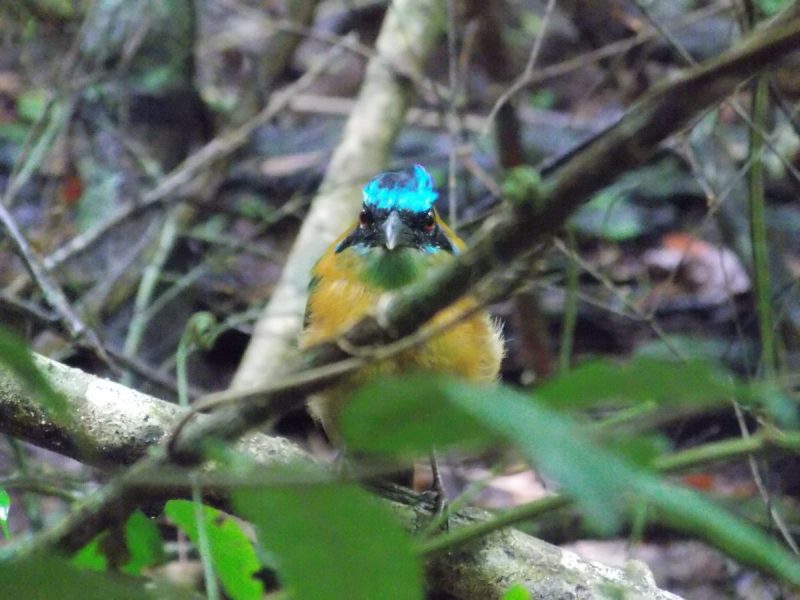 I even found out that if I ask not to put any coriander in my food they do not put it. What else can we ask for?