Inner Mongolia: grassland and desert in the latest part of China 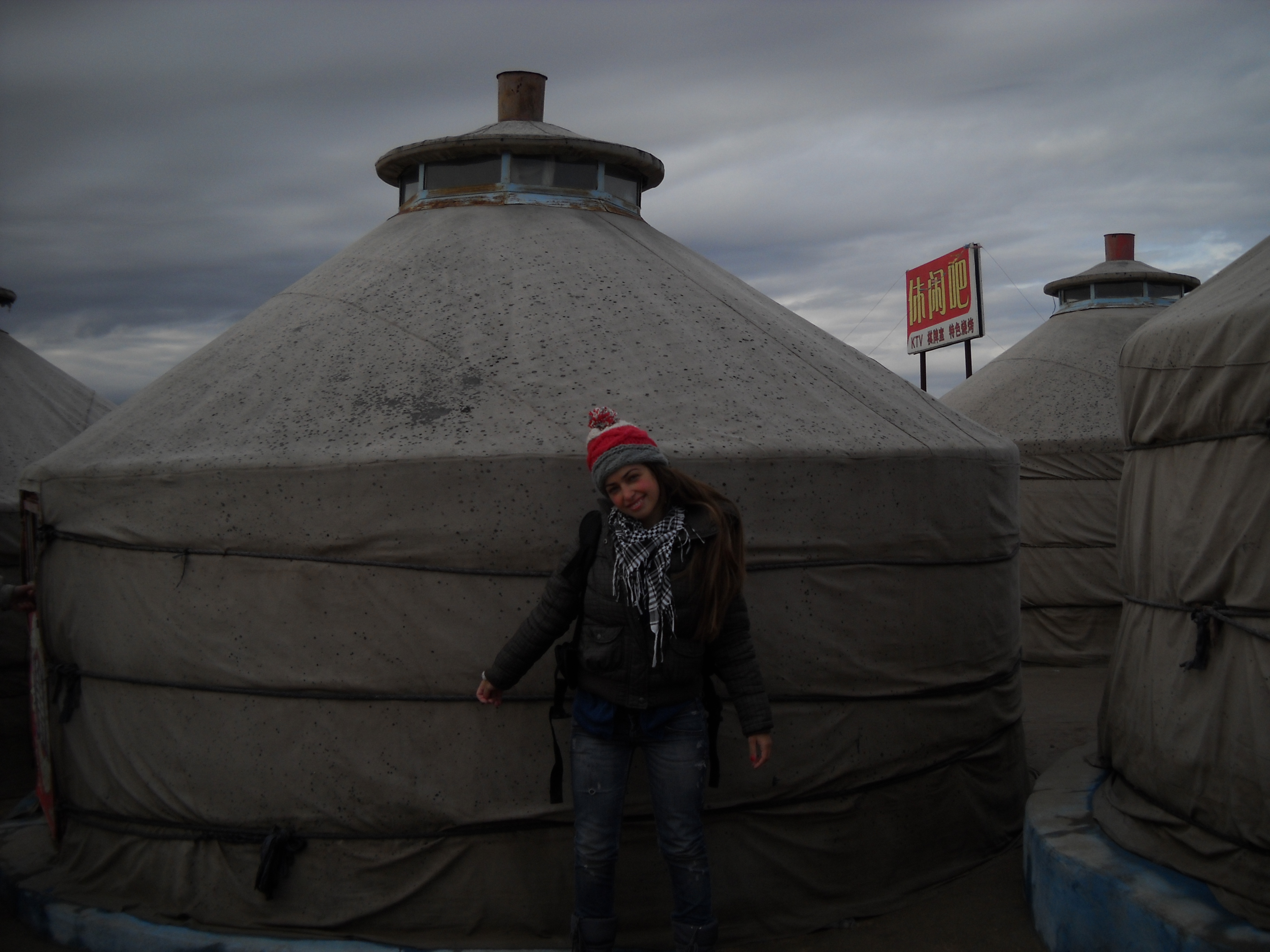 If travelling to China may seem bizarre, going to Inner Mongolia, the region of China at the border with the actual Mongolia, will definitely look crazy.

Yet when I was studying at Beijing University it seemed like a pretty normal trip to do. A few colleagues and friends had already been there and together with Cheeks we said why not.

At the time we were living in the lively Wudaokou 五道口 and there we went out, we found a travel agency, we sneaked in and booked the unbelievable trip I am going to tell you about.

I am not going to tell you the name of the travel agency, not because I don’t remember it, but because it’s in Chinese! with Chinese characters! You wouldn’t be able to read it. That’s why.

But let’s get back to business.

This would be our rough itinerary:

Today, 7 years later, Google tells me it takes 13 hours to get to the destination.

So why the damn agency told us we would only need 5 hours? We don’t know.

Anyway, our trip to Mongolia started with a comfortable 17 hours journey in a bus.

In those hours, we put our life at risk in the following occasions:

The quality of the pictures taken during the road is kind of explanatory about our moods: 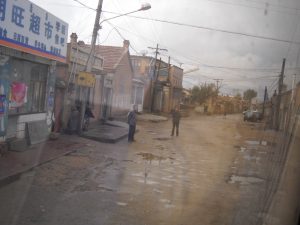 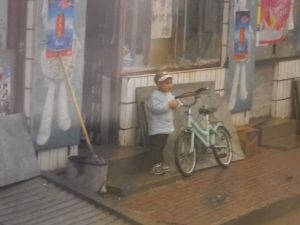 We only get to Xilamuren 希腊穆仁, our first stop-over, in late evening. Picturesque shared yurts were waiting for us.

Too bad there wasn’t one for us!

After a burning discussion with the tour guide we already know, she hastily runs away and me and Cheeks are stranded in the Mongolian grassland.

We decide to shamelessly sneak into an already occupied yurt and we sleep on the floor with 5 Japanese girls.

The girl don’t have any objection, they don’t even look at us. They maybe thought it was normal, 2 foreigners, the only not almond eyed ones in the area, get into your room and starts sleeping in a corner. 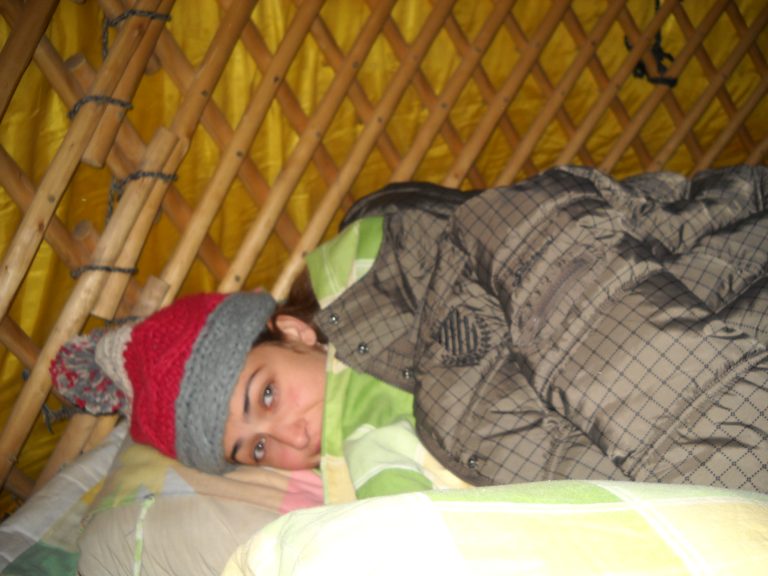 After a night spent teeth-chattering, where the only warmth was generated by our breath, we wake up and go look for a bathroom. 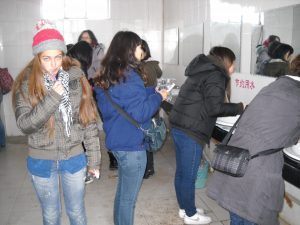 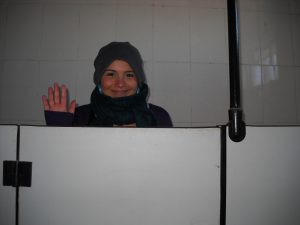 We start our tour and we finally make it to the grasslands. 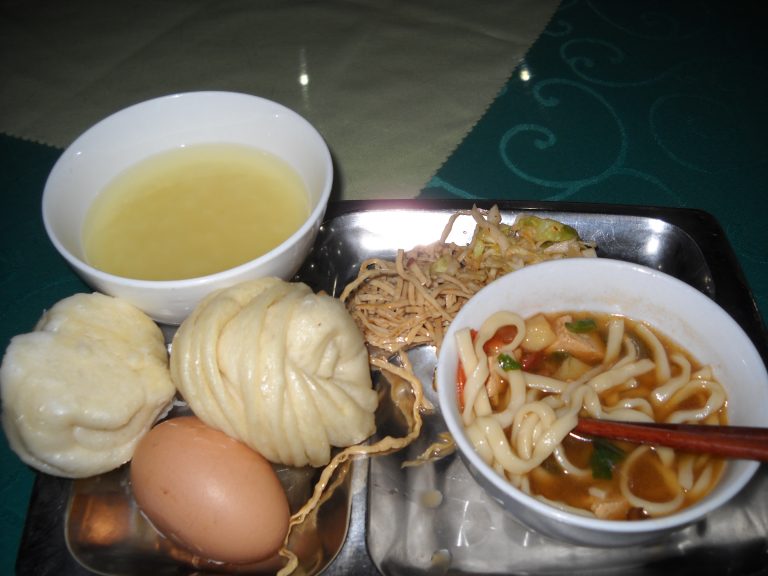 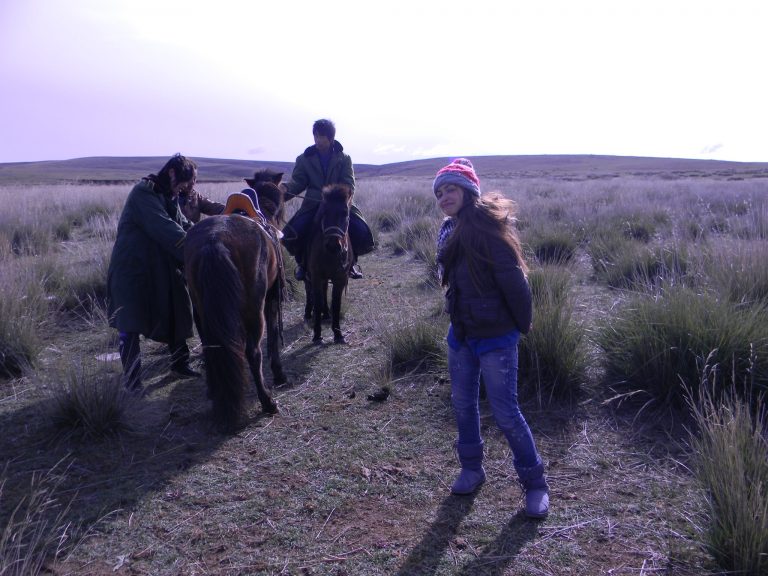 It seems the perfect moment to rent a Quad. We roar by the grassland and wander following an alleged guide, unable to communicate and highly drunk. 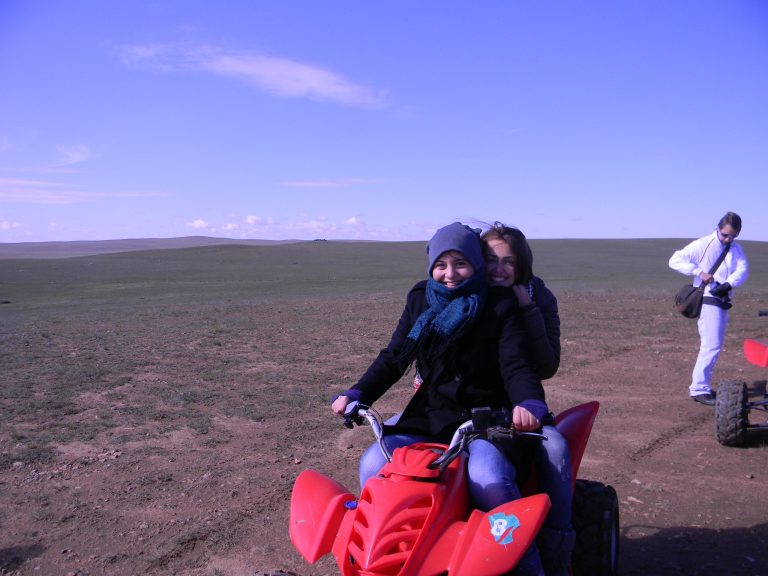 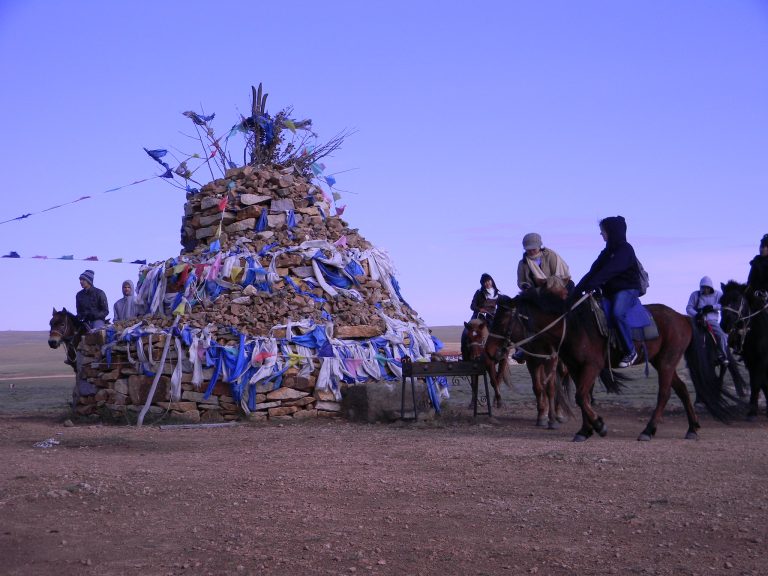 Below that pile there were a lot of ram skulls

After a day spent moseying around with our Quad, our guide that’s slowly becoming a friend brings us to a restaurant, where we taste some stingy mutton and assist to such a show: 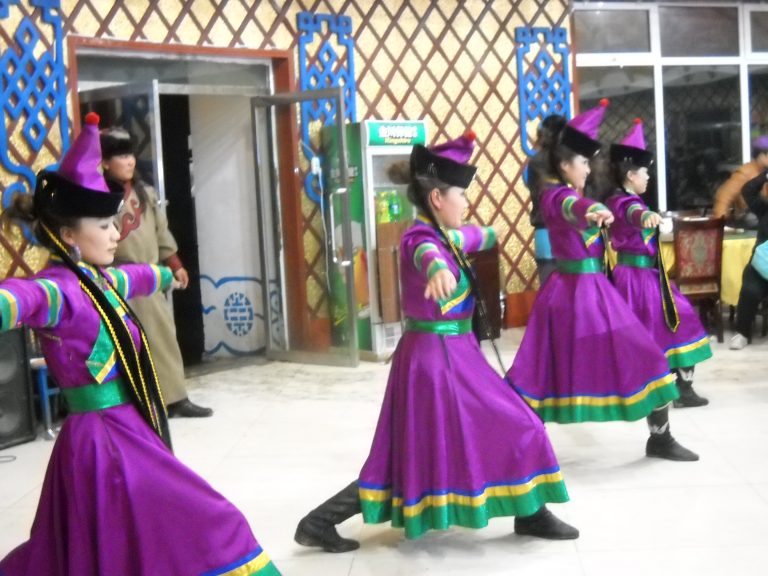 We also have a showman. I will leave to your imagination our ability to understand his jokes in Mongolian dialect. 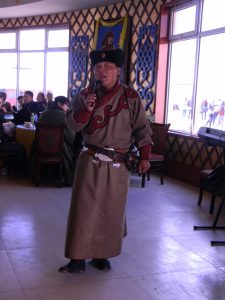 The next day we are headed to Kubuqi 库布其, which is part of the gigantic Gobi desert.

The chosen destination is a very touristic place one hour away from Baotou. It’s called Xiang Sha Wan 响沙湾 or Resonant Sand Gorge, it’s 18.000 m² big and it’s a place built in the middle of the desert only for tourist’s amusement. 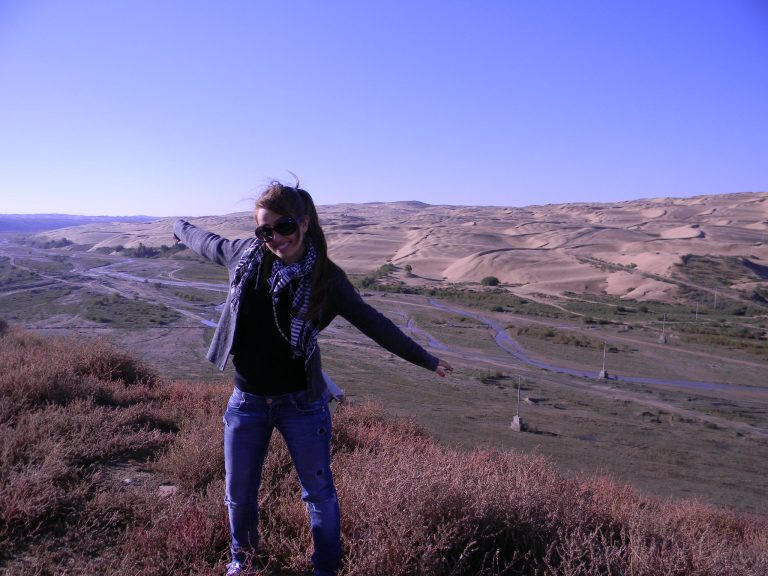 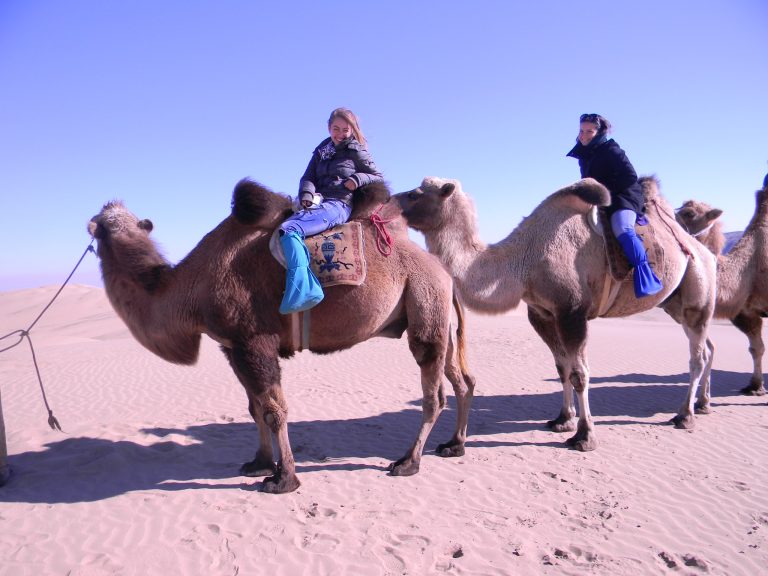 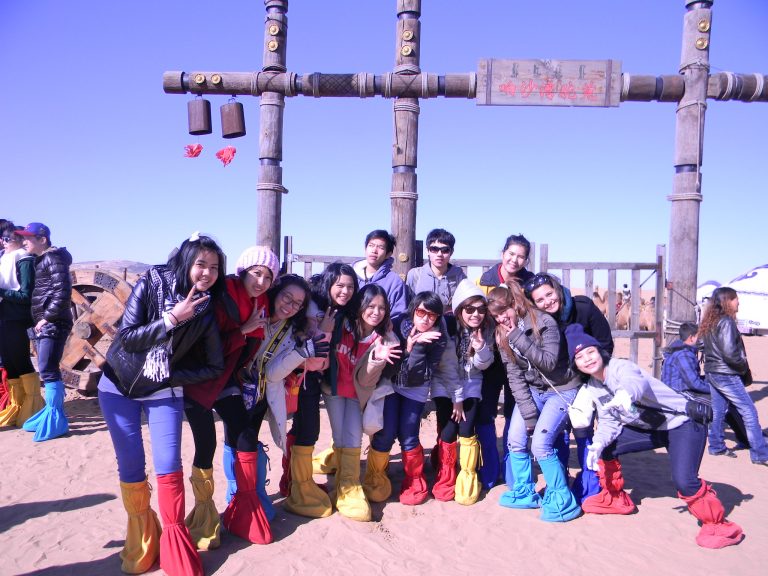 Here as well toilets are impressive: 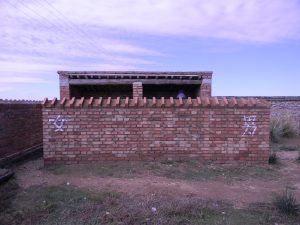 Men on the right and woman on the left

After collecting sand everywhere and taking a little bit of Gobi to bring home, it’s time to go back.

We head to Hohhot. We stop in a museum that was not too worthy, then in the main square where I buy a peas ice-cream that I decide to share with this cat

After about 70.000 hours we manage to get back to Beijing. 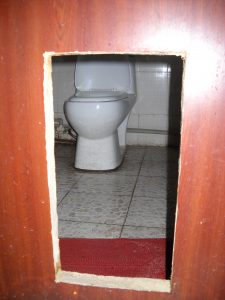 Photo taken at a restaurant on the way back