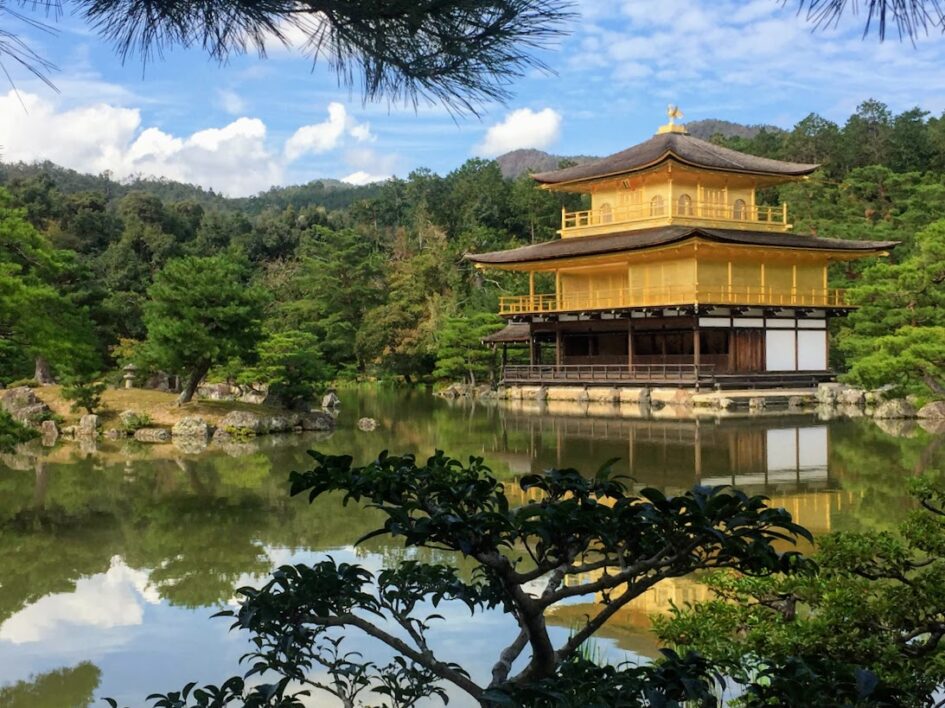 Recently, as I was in Naples leafing through my Japanese books, I remembered the sparkle of curiosity I had when back in my teenage years I was reading Japanese literature, back when all of Japan was so fascinating.

Unlike many other young people, I never had a thing for mangas. What I used to crave about Japan were those thick tomes written two centuries ago, those books imbued with silences, and also that banana yoshimoto boring shit.

However, even if I finally got a degree in Asian stuff and the destiny seemed set for me to become an expert Japanologist, I set Japan aside after the studies and did not plan a trip there until just a couple of years ago (read: 4 years but covid years are a black hole and don’t actually count).

Even there, this trip was just within a bigger Asian trip where we would visit a few countries more, so finally, we spent just a couple of weeks in Japan. This is not a lot of time for a thorough visit but it is enough if you want to get the gist of this crazy country.

It is funny how you imagine things to be in a certain way and then you go to a place and all can be completely different. WELL, that wasn’t the case for me as Japan was EXACTLY as I had imagined it to be. I had prepared for the Japanese cute weirdness already enough in the previous years so I was ready.

(What I did not foresee was that I would not understand shit apart from arigatoo and a little more, but I believe we already covered this language failure previously in another post)

Japan was so silent. You could walk in the middle of Tokyo and not hear a single noise.

That was my first impression.

Japan is expensive. Not the most expensive place I have visited (thank you Iceland) but still… better to plan carefully if you plan on coming back with all your organs.

If you wanna travel around you will have to rely on the infamous JR travel pass, which is the super costly train ticket that brings you anywhere. Instead of having it for all of our 2 weeks, we decided to spend the first 3 days in Tokyo, do the travel pass for 1 week and move around every day in that week to make the most of it, and then spend the last days between Kyoto and Osaka.

Also, about the JR travel pass. Japan is hundreds of years ahead of us, all you see comes from the future, so well organized etc. etc. BUT if you want to buy the damn travel pass, you have to get it IN PAPER, physically SHIPPED to your home, before you even go to Japan. We found out about this insane process when we were already in Indonesia, so I don’t recall how we managed to get it in the end (Panos does not recall either, as there is no food involved in this memory, and he only has food-related memories). Probably we managed to have it sent to some hotel on the way.

Moreover, even when you get the damn travel pass (in the form of a paper booklet, seriously?) you still need to go to an office somewhere in the cute and cozy TOKYO CENTRAL TRAIN STATION and spend hours to redeem it in a puzzling conversation filled with arigatoo and random bowing.

Be prepared for a lot of bowing. Permanent, dedicated, devouted bowing everywhere. With a bowing inclination depending on the age of the participants in the bowing battle and their social status. 2 years old children bowing.

The evergreen 2 weeks itinerary nobody asked for

If you want to skip the longread about the trip and just wanna have the itinerary, read below:

Big cities 3-4 days, smaller cities 1 day. Get the railpass, enjoy your trip and bow a lot.

Some info on the cities

We landed in Tokyo on my birthday. Japanese people were just as weird as I remembered them. We felt on another planet. Everyone was polite. When you entered the shops, 10 people would shout at you “Irashaimaseeee”. I found myself scared they would hit their heads while bowing at each other. They must have been trained to coordinate that from a very young age.

We had a room in the Taito neighbourhood. Calling it a room is a bit of an overstatement as it looked more like a shoebox, so for once in my life I was happy I am short.

In Tokyo, we visited all the things you should visit in Tokyo, including Hachiko (yes I queued for the photo), Shibuya, the Tokyo Tower, Akihabara, temples and monuments.

Even if I have a genuine interest in Japan, we should not lie about this and admit that the real focus of this trip was the food. – It was already obvious when we started eating sushi when we were still inside the airport.

Truth is, as we are a bit obsessed with sushi, we overate it in the first days (I will preserve my dignity and not disclose how much we actually ate of it) and as, I guess, we are not used to this kind of fish, we ended up with a stomachache and had to stop eating sushi for the rest of the trip. This looks like a nightmare but it meant that we had to eat double all the other foods. This included ramen, okonomiyaki, Kobe beef bbq, tonkatsu, takoyaki, gyoza, meat skewers, octopus skewers, whatever skewers, oysters, biscuits, Japanese pancakes, eggs of dubious origin and a lot of food that did not even seem food but was delicious. Japanese cuisine is on the top 3 of our favourite food list for a reason.

After Tokyo, we went to Hakone, a spectacular little village in the nature. In Hakone, you can visit all the main attractions in one day with a (separate) train pass and you can also see mount Fuji from there. We stayed in this hostel in a double (for bonsai people) bed in a shared dorm BUT there was an onsen in it. Attractions of Hakone include a shrine that you can reach with a small trek, a sightseeing cruise, and a ropeway where you can see the volcanic valley of Owakudami and eat these weird eggs.

We left Hakone behind to go towards Kanazawa. I believe we had to go back to Tokyo and change lines there. Anyway, for the entire time we were in Kanazawa, it poured like never before but we visited the castle (beware that Japanese castles do not look at all like our castles: I was literally in the castle for an hour looking for the castle), the park and the city centre. Higashiyama and Kazuemashi are lovely areas where you can see a lot of geishas walking around and get the feeling of the traditional Japanese culture.

We slept at this place in a room that was 4 cm bigger than the previous night so we felt truly blessed.

Before leaving for Shirakawa-go, we went to this breakfast place. There, Panos by mistake put on the waiter’s personal slippers (in Japan you have to take off your shoes when you enter a place and they usually give you slippers – our assigned slippers were just in another part of the room) and I witness 5 minutes of awkwardness where the embarrassed waiter keeps saying “no no no no…” while compulsively bowing and going after Panos, while he keeps walking with the waiter’s slippers completely oblivious of what is going on. Laughing in the back, I cherish this moment as one of the highlights of the trip.

Shirakawa-go is the prettiest place I have seen in Japan (and high on my all-time list) and, even if nowadays it’s clearly targeted at tourists, I would recommend anyone in Japan to visit it.

It’s quite small so perfect for a day trip. The traditional houses are beautiful and I guess it will be even better when it is not raining like there is no tomorrow as it was when we were there.

On the way back from Shirakawa-go we arrived to Takayama, a little city in the mountains where we had the best gyozas and slept in a hostel where the bed was an actual yoga mat. We also did this beautiful walk where we saw so many temples we almost became shintoist.

Hiroshima was veeeery far away from Takayama and we had to catch a few connections. I am not even sure why we picked it, probably just because we wanted to use the bloody travel pass.

The city was nice (I have not seen a not-great place in Japan), we obviously visited the peace memorial and the ruins of what was left after the atomic bomb but IF you need to shrink your itinerary this is the one city you can remove probably. We had the best okonomiyaki, visited another castle that did not look like a castle and headed to Miyajima, a small island next to Hiroshima where you can see beautiful temples and a lot of deer roaming free.

The deer experience continued the day after, when, in a day trip from Kyoto, we visited Nara that has a huuuuge park full of deer. Below you can see a visual record of Panos getting pissed at local teenagers because they were bothering the deer.

I remember Nara for the deer, the preparation of mochis in the street and a delicious tonkatsu we ordered in a restaurant. On this tonkatsu, and specifically on who had eaten the most pieces of it (even more specifically: one of us had eaten 8 of the 11 total pieces), we had our second fight of the trip – the first one being when we missed the bus to Hakone because someone (the same someone of the tonkatsu) wanted to really go buy another bag of biscuits at that very moment.

I was expecting Tokyo and Kyoto to look somehow similar (don’t know why), but they were completely different. While Tokyo is ultra-modern and futuristic, Kyoto is quite traditional and old-fashioned. It does not even have a proper metro (if I recall correctly), as we were moving around in buses.

We saw the long-awaited Kinkakuji (Golden Pavilion – like the famous Yukio Mishima’s book), the imperial palace, many temples, the bamboo forest, this gate that everyone that goes to Japan has a photo with, a lot of geishas, but one of the highlights was when we got drunk with these total strangers in a bar next to our hostel.

After the 4th sake I was probably fluent in Japanese again.

The last stop of our trip was Osaka. Osaka is just as crazy as Tokyo. We went on a big wheel within a shopping mall, we had the best ramen in the entire universe, we bought loads of useless but much needed souvenirs and visited yet another Japanese castle.

This was the end of our trip.