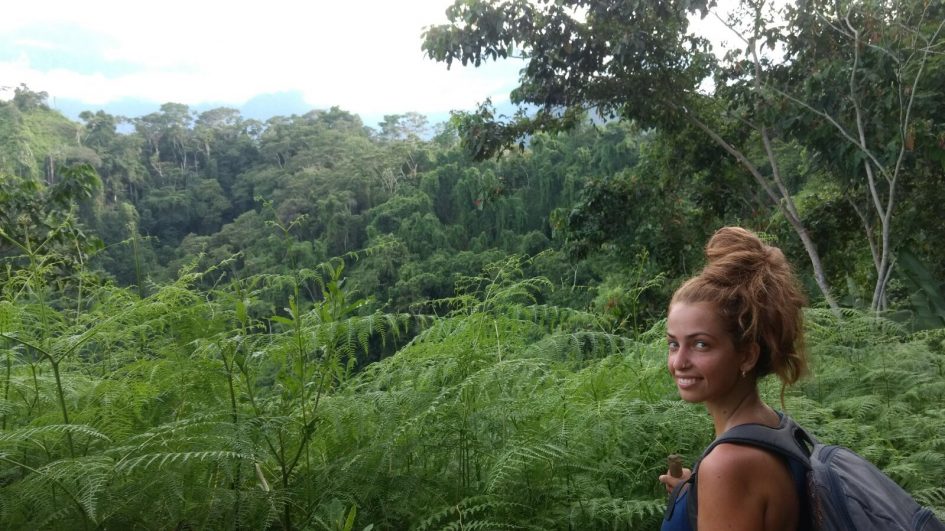 The Ciudad Perdida was going to be the highlight of our Colombian trip.

As we remember from the previous chapter, I was scared.

I was aware my feet are not in the ideal conditions for a multiday hike but I was thrilled to do it and finally spend some time with indigenous people.

So, we decided to do it.

Quick info are: you are only allowed to do the hike with a tour operator. They all have the same price and we picked Magictour because some friends had used them before. You can do the tour in 4 or 5 days, the price is the same, you just choose what is best for your physical condition.

I very naively thought we could do the 4 days tour, but when we got to the agency they told us it had been raining a lot, that it would be very difficult as the rivers were huge, that it was nearly impossible to do it in 4 days at that stage.

I am really glad we listened to them, as I was exhausted even doing it in 5 days.

“I was exhausted” is a very gentle way, actually, to say that in a few moments I really thought I would faint in the mud and nobody would be able to ever resuscitate me.

So, we started on the first day by going to El Mamey by car, where we would have lunch. 2 hours before getting there we had already lost any connection on our mobile phones.

We were out of the world.

From there, we started our first leg of the hike, with a nice hill where I procured myself a nice colony of blisters that would keep me company for the rest of the trip.
At our first break (a couple of hours later) I seriously thought of going back.

Luckily, as it happens quite often in life, after a uphill there was a downhill, and I managed to get to the first camp for the night.

Camp is a nice way to say we were sleeping in mattress with mosquito net, with a roof ( but no walls) in the middle of the jungle. I have been lucky for the entire trip as I managed not to sleep on hammocks but only mattresses (there was a very limited amount of mattresses, so most of people would sleep in hammocks).

Weirdly enough, there was a kind of kitchen where our cook could make food for us. There was also a toilet and shower, cold obviously, but I had learnt that showers in Colombia are always cold in general (12 days already and I haven’t found a single place with hot water). 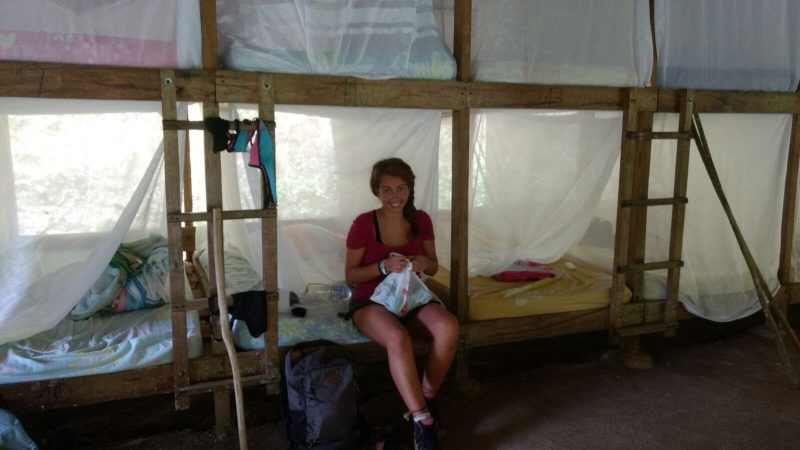 The views during the entire day were stunning, which was very enjoyable on the first day, while from the second day I was mostly too busy trying to stay alive to really enjoy the views.

To end the day nicely, our guide started talking about all tourists that he saw either being kidnapped or dying (heart attack or taken by the river flow).

As Panos and the other travellers were laughing, I ended my day scared to death.

On the second day, the 30th of September, we had a second hill, and only 3 hours hike.
That was because the Lost city site was closed for the entire month of September, as the indigenous people need to purify the place for a month every year. So we could not pass through the area before the 1st of October.

I started meeting them on the way and I was really happy we could communicate as many of them speak Spanish (mainly men).
As we slept in one of the “camps” they own, we had the chance to have a conversation with one of them, Alejandrino, who explained everything about their introduction to the adulthood, the role of the Mamos (a shaman that decides pretty much everything of their lives), the importance of the Poporo, how do they make bags from leaves, etc. 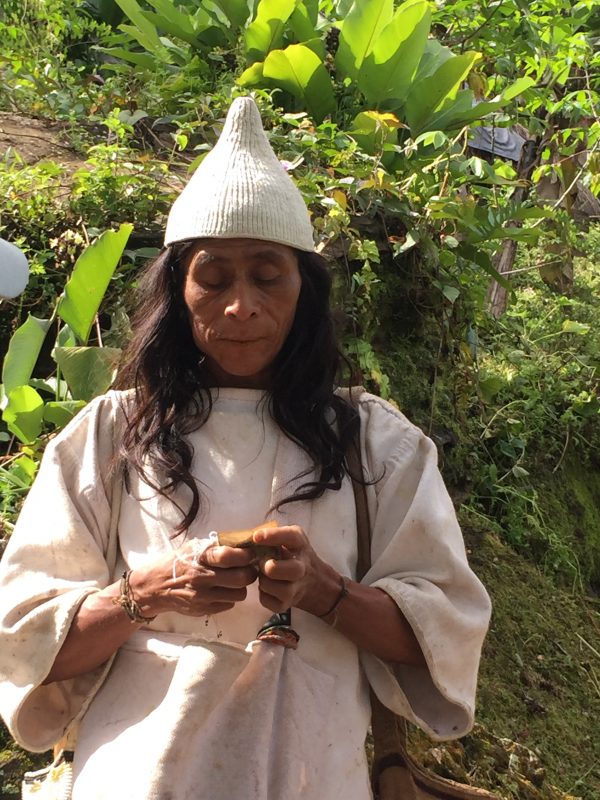 On the third day I woke up and my feet were out. I was walking as I was stepping over eggs. People started handing me different kind of plasters as I approached my guide and asked about the possibility of taking a helicopter 🙂

He said helicopters were not allowed there. I could take a donkey only. But I decided not to do it and we went ahead with the most tiresome day ever. To make things worse, Panos got fever.

Most people told us the problem with this hike is the massive humidity and the thousands of relentless mosquitos. Someone mentioned the weight of the backpack could really make a difference in your resistance. 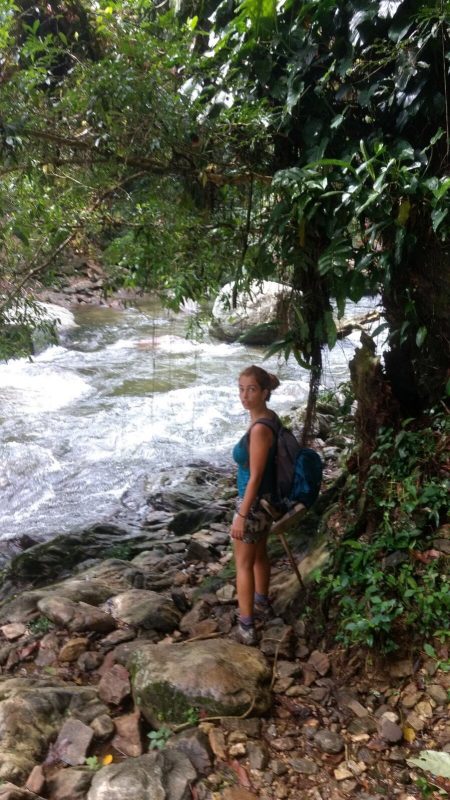 Personally, the heat was not such a big deal for me. Obviously I was sweating like a pig, but it was bearable. I did not even feel my backpack too much. And as we took some pills to prevent mosquito bites, I was not even touched by them (whereas all the other people had hundreds of bites).

So I believe it’s really subjective. My problems were only the damn blisters and the massive hills.

Anyway, we got at the bottom of the lost city, slept over, and in the morning of the 4th day we went up to the lost city. 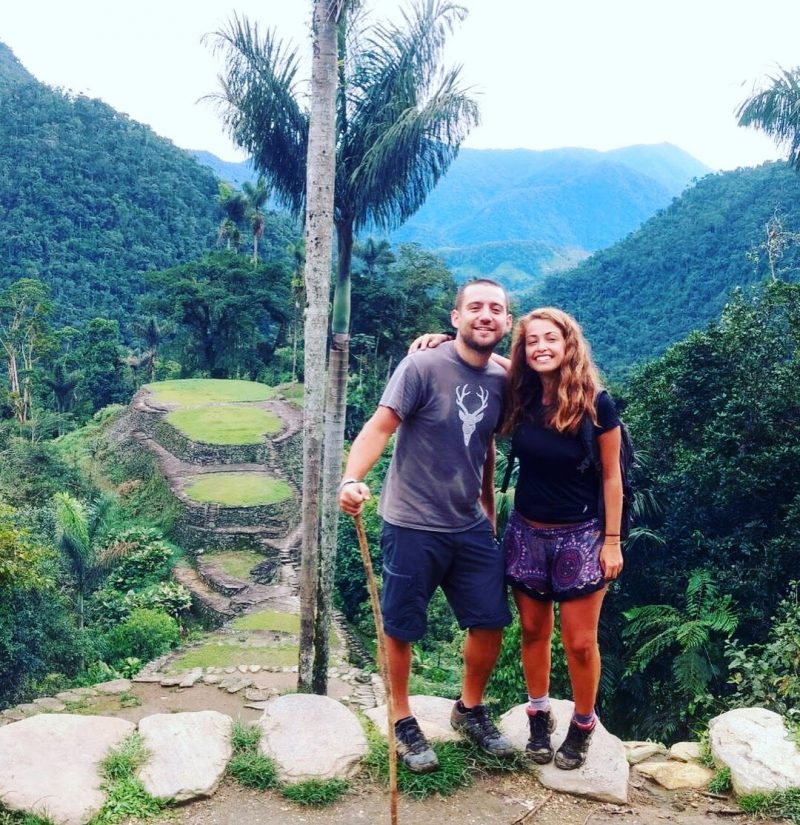 Finally on the top

(It’s hard to believe this place was only discovered in the 80s.)

The entire journey to get there is an unforgettable adventure. But the final part is incredible. I have to say, when I got there I realized it was totally worth it. I knew it on the way, but I needed the final push 🙂

After we met a Mamo and gave him some plants as a gift, we started our journey back and I was more motivated. With a 3 layers bandage my feet started functioning again and we saw many little indigenous cheeks on the way that I absolutely loved. 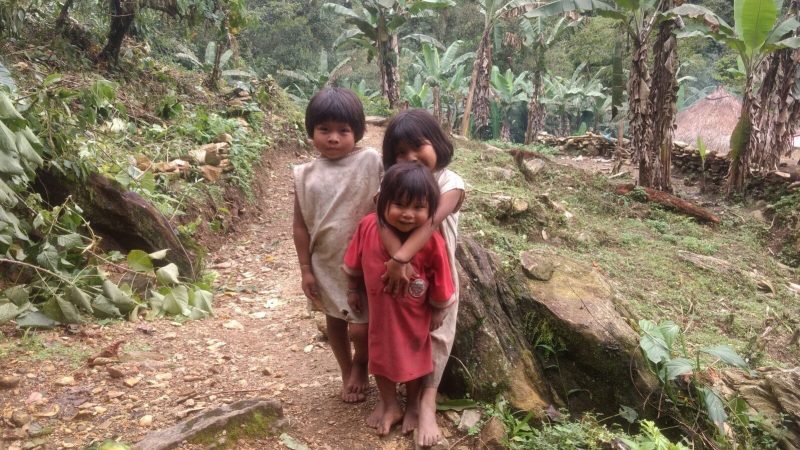 We had to cross a few waist deep (chest deep for the tall me) rivers where both Panos and our guide had to hold my hands otherwise the flow would just carry me away.

On the 5th day I felt pretty proud of myself. I had not surrendered to have someone (or the donkey) carry me or my backpack as someone else did.

As I had helped a bit with the translation to the other travellers, I got in exchange a wonderful bag made by the indigenous.

On the way back, the views were marvellous.

I found the motivation to carry on and I finally made it to the end! 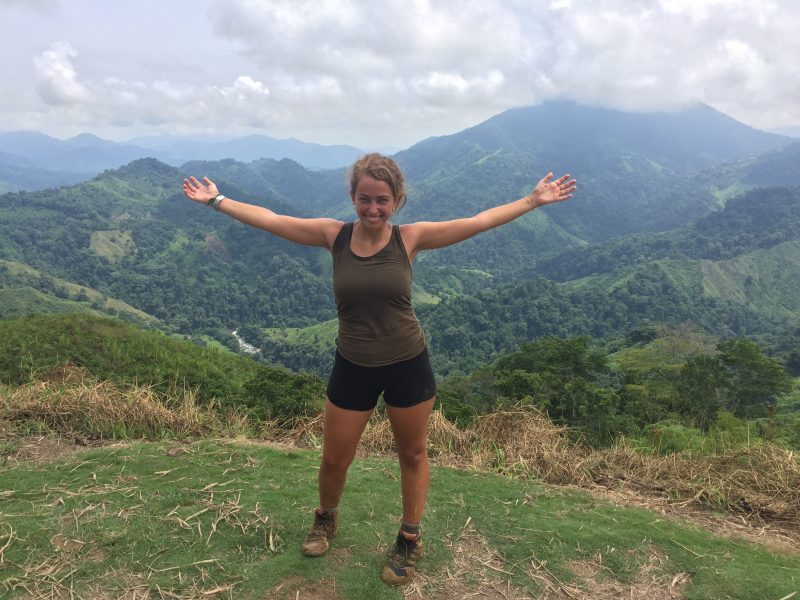 3 days are passed now and I still have troubles walking, but I am very much satisfied 🙂

At some point in my life, I decided I'd be happy. Throughout this process, I put up this blog and I went out to explore the world.